Humans existed for 1000s of years past what anyone would have expected for the conditions. The ones who were left after all the events that fouled mankind’s existence huddled into makeshift villages.

They farmed the ocean and land and had all but forgotten any technology that brought them to this point in history.

Ruled by a bizarre religious sect that worshipped the sea. They were powerless to do anything against the shrouded holy men who would periodically remove members of the village 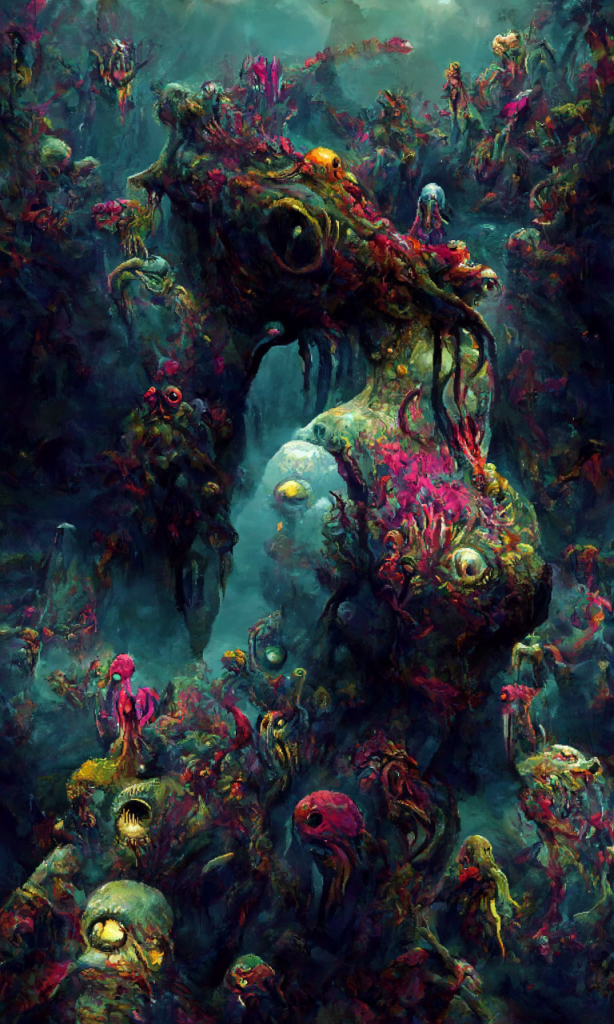 What grew out of the sea was what could only be described as a living hell. Unthinking, uncaring, hungry.

Sea monsters, cosmic horror and earthly horror arose from all around us. The Sea was an portal for more life to emerge hungry to consume. Stinging barbs with toxins that would last 1000 years of agony. The living hell of being consumed over 10 lifetimes while in complete horrific pain. Smothered, limited, completely aware of every nerve being pumped full of toxins to increase your suffering to the uncaring organism enveloping you. They Built twisted temples to call up the old masters. They thought it would bring them power. They were eaten first. Not demons but what difference does make when it is hell. Consuming some, enslaving others.

Humans infested with 100s of organisms controlling their will.

At least zombies were dead.