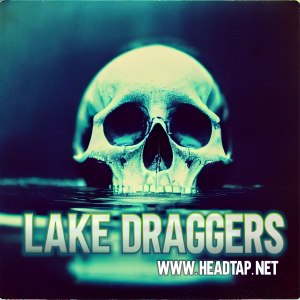 The Lake Draggers: A Horror Story

The small town of Lakehaven was known for its picturesque lakes and peaceful nature, but beneath the surface lurked a dark and twisted secret. A group of people known as the “lake draggers” had been fishing the lakes for decades, pulling out anything they could find to consume during times of starvation. They stalked the lakes and swampy areas, always on the lookout for their next meal. It wasn’t uncommon for the lake draggers to come across dead animals, but every now and then they would find a human, and it made little difference to them. They were a ruthless and desperate group, willing to do whatever it takes to survive.

But as the population of Lakehaven grew, the lake draggers were no longer able to operate as they once did. They had to adapt to the changing times, and they came up with a new plan: to become lake draggers rescue and corpse recovery. They would be heroes and rewarded for doing what they have always done since the old days. The group was identifiable by their black fisherman rain suits and hats, and they used shiny metal hooks on ropes to cast out into the waters and dredge the depths, snagging any meat the hook would come across. The men were large and strong, raised among the wetlands, and they knew the lakes better than anyone. When the season was slow and there wasn’t much to look for, the lake draggers would go out on the lake looking for a wayward swimmer or a lonely fisherman to take back to their compound in the woods. The compound was a circle of old abandoned campers tightly packed together, providing them with a maze of privacy and a way to keep out authorities.

They had a front man who would do the talking, working from a downtown office when needed to look for a body in an official capacity. The group worked out in the open, and they were often called upon to look for the very victims they had created.

The people of Lakehaven were unaware of the true nature of the lake draggers, and they praised them for their heroic efforts in rescuing and recovering bodies from the lake. But little did they know, the lake draggers were still hunting for victims, and they were getting bolder and more ruthless with each passing day.

As the body count began to rise, the police and fire department started to notice a pattern. They couldn’t understand why so many people were going missing, and they couldn’t shake the feeling that the lake draggers knew more than they were letting on.

But despite the mounting evidence against them, the lake draggers were never arrested. They continued to operate as usual, and the tourist season brought fresh meat for them to hunt.

The lake draggers’ secret was hidden in plain sight, and they were able to continue their twisted operation for years to come. The tourists who came to enjoy the beautiful lakes of Lakehaven had no idea of the danger they were in, and the lake draggers continued to prey on them, the juxtaposition of heroes and antiheros creating victims and often asked to help recover the bodies by the police and fire department. This horror story will keep readers on the edge of their seats as they question the true nature of those who are supposed to protect them.